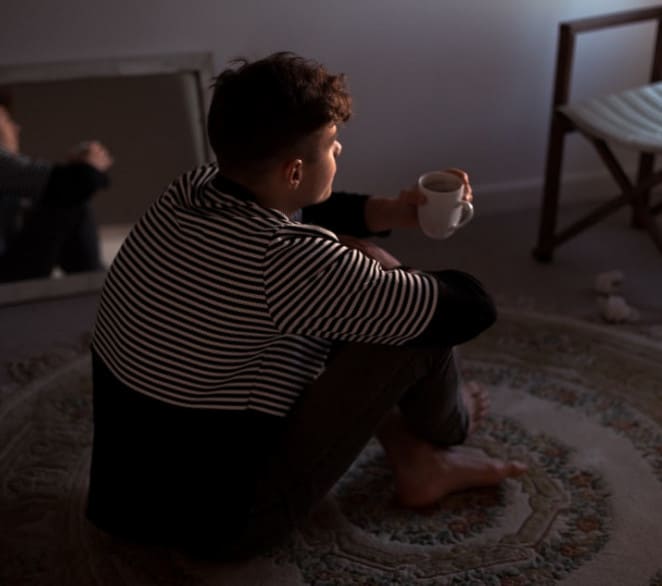 I hope you’re having a good day on this fine Wednesday! Today in Florida is a great day to write. so here I am writing this article out for you to enjoy reading during your day as well. Chamomile green tea sounds yummy right!? I thought it did to me as well, I really love my chamomile tea oh so much that I have a few other articles all about this tea. if you want to read those go to the links below.

Don’t close this tab while reading the other posts. You should learn about this tea here as well. Enjoy reading this, and at the end of this post, there will be links to other sites that I love..stick around!

What is chamomile tea?

Chamomile tea is a popular beverage that also offers a variety of health benefits.

Chamomile is an herb that comes from the daisy-like flowers of the Asteraceae plant family. It has been consumed for centuries as a natural remedy for several health conditions.

To make chamomile tea, the flowers are dried and then infused into hot water.

Many people enjoy chamomile tea as a caffeine-free alternative to black or green tea and for its earthy, somewhat sweet taste.

Furthermore, chamomile tea is loaded with antioxidants that may play a role in lowering your risk of several diseases, including heart disease and cancer.

Chamomile has properties that may aid sleep and digestion, as well.

Chamomile has some unique properties that may benefit the quality of your sleep.

It contains apigenin, an antioxidant that binds to certain receptors in your brain that may promote sleepiness and reduce insomnia, or the chronic inability to sleep

In one study, postpartum women who drank chamomile tea for two weeks reported better sleep quality compared to a group that did not drink chamomile tea. They also had fewer symptoms of depression, which is often linked with sleeping problems.

Another study found that people who consumed 270 mg of chamomile extract twice daily for 28 days had 1/3 less nighttime awakening and fell asleep 15 minutes faster than those who did not consume the extract.

These findings are promising, but more studies are necessary to determine the extent of chamomile tea’s effects on sleep. Nevertheless, drinking chamomile tea before bed is certainly worth a try if you have trouble falling or staying asleep.

SUMMARY: Chamomile contains antioxidants that may promote sleepiness, and drinking chamomile tea has been shown to improve overall sleep quality.

Proper digestion is extremely important for your overall health.

Limited evidence suggests chamomile may be effective for promoting better digestion by reducing the risk of certain gastrointestinal conditions.

A few studies have found that chamomile extract has the potential to protect against diarrhea in mice. This is attributed to its anti-inflammatory properties.

Another study in rats found chamomile to be helpful in preventing stomach ulcers, as it may reduce acidity in the stomach and inhibit the growth of bacteria that contribute to ulcer development.

Despite these findings, more human research is needed to confirm chamomile’s role indigestion.

Nevertheless, there are many anecdotal claims that drinking chamomile tea is soothing to the stomach. Traditionally, it has been used to treat several digestive ailments, including nausea and gas.

SUMMARY: Chamomile tea may protect against diarrhea, stomach ulcers, nausea, and gas, likely due to its anti-inflammatory effects.

May Protect Against Certain Types of Cancer

The antioxidants found in chamomile tea have been linked with a lower incidence of certain types of cancer.

Chamomile contains the antioxidant apigenin. In test-tube studies, apigenin has been shown to fight cancer cells, especially those of the breast, digestive tract, skin, prostate, and uterus.

These findings are promising but more high-quality, human research is necessary to make a conclusion regarding chamomile tea’s role in cancer prevention.

SUMMARY: Chamomile tea contains the antioxidant apigenin, which may help lower inflammation and reduce the risk of several types of cancer.

Its anti-inflammatory properties may prevent damage to the cells of your pancreas, which occurs when your blood sugar levels are chronically elevated.

The health of your pancreas is extremely important, as it produces insulin, the hormone responsible for removing sugar from your blood.

Additionally, several animal studies suggest that chamomile tea may lower fasting blood sugar levels by a considerable amount, and it may also be beneficial for preventing blood sugar spikes after eating.

Most of the evidence regarding chamomile tea’s role in controlling blood sugar is based on results from animal studies. Nevertheless, the findings are promising.

SUMMARY: The anti-inflammatory effects of chamomile tea may promote blood sugar control, especially when it’s consumed with a meal.

Chamomile tea is abundant in flavones, a class of antioxidants.

Flavones have been studied for their potential to lower blood pressure and cholesterol levels, which are important markers of heart disease risk.

More research is necessary to confirm chamomile tea’s role in promoting heart health, but it certainly couldn’t hurt to include it in your diet.

SUMMARY: Chamomile is a great source of flavone antioxidants that may play a role in improving heart health.

The following health benefits of chamomile tea are mostly anecdotal and not supported by scientific research:

Although these health claims lack evidence, that does not mean they are false. They simply have not been studied yet and maybe in the future.

SUMMARY: There is currently no strong evidence that drinking chamomile tea improves immune, bone and skin health. Additionally, research regarding its role in anxiety and depression is lacking.

Drinking chamomile tea is generally safe for most people.

There have been reports of chamomile allergies, which are most likely to occur in individuals who are allergic to plants in the daisy family, such as ragweed and chrysanthemums.

Furthermore, cosmetic products that contain chamomile may be irritating to the eyes if they make direct contact with them. This may lead to conjunctivitis, which is inflammation of the lining of your eye.

It is also important to note that the safety of drinking chamomile tea has not been established in young children, pregnant or nursing women, and people with liver or kidney disease.

Nevertheless, there have not been any reports of life-threatening adverse reactions or toxicity from drinking chamomile tea.

SUMMARY: Although a few people may be allergic to chamomile, it is safe for most people to drink. Negative side effects are extremely rare.

Chamomile tea is a healthy beverage.

It is rich in some powerful antioxidants that may have a variety of health benefits, including reducing the risk of cancer and heart disease.

Although the research relating to chamomile tea is promising, there have simply not been enough studies to make a conclusion about its effects on health.

Many of the studies relating to chamomile tea have been conducted in animals and test tubes, and the results cannot be translated to humans.

Nevertheless, chamomile is very safe to drink, and many people enjoy drinking it for its delicious taste and comforting aroma.

If you want to explore chamomile tea’s potential benefits, it is definitely worth including in your diet.

Links to go to.

This first link is to a site that I think you’ll love to go back to when you want to find something about coffee. Hit this link to find out all about “Easy to espresso!!”

And this next link is to a site that my mom runs and is the best website that I go to when I want to bake something after having a cup of tea. Click here to go right to “Bestbakingtips” and read about my favorite recipe that is blueberry muffins.

I hope you had fun reading all about Chamomile green tea, please feel free to drop a comment and if you have any questions just ask away.