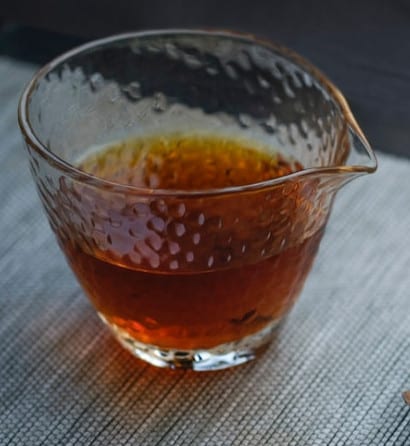 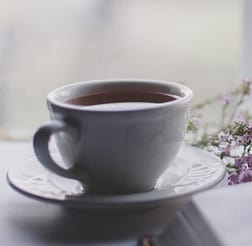 Ashwagandha root tea is not only a great reason to drink this tea but, it’s very easy to make.

Hello there! Welcome back to Tea Jubilee. I have written this post because I know someone who has depression and I was thinking to myself. “What can I do to help her out?” Then I looked up “Best teas for those with anxiety and depression” And this is what came to my mind.

So keep reading to learn about the 12 benefits of Ashwagandha root tea.

So here is ashwagandha root tea, enjoy. and check this post out after you read this one it’s another series that is for when you have a very sore throat this will be your best friend!.

It’s classified as an adaptogen, meaning that it can help your body manage stress.

Ashwagandha also provides numerous other benefits for your body and brain.

For example, it can boost brain function, lower blood sugar and cortisol levels, and help fight symptoms of anxiety and depression.

1. Is an ancient medicinal herb

Ashwagandha is one of the most important herbs in Ayurveda, a form of alternative medicine based on Indian principles of natural healing.

It has been used for over 3,000 years to relieve stress, increase energy levels, and improve concentration.

Ashwagandha is Sanskrit for the smell of the horse, which refers to both its unique smell and ability to increase strength.

Its botanical name is Withania somnifera, and it’s also known by several other names, including Indian ginseng and winter cherry.

The ashwagandha plant is a small shrub with yellow flowers that’s native to India and North Africa. Extracts or powder from the plant’s root or leaves is used to treat a variety of conditions.

Many of its health benefits are attributed to its high concentration of withanolides, which have been shown to fight inflammation and tumor growth.

Ashwagandha is a prominent herb in Indian Ayurvedic medicine and has become a popular supplement due to its health benefits.

One test-tube study found that it increased insulin secretion and improved insulin sensitivity in muscle cells.

Also, several human studies have suggested that it can reduce blood sugar levels in both healthy people and those with diabetes.

Additionally, in a 4-week study in people with schizophrenia, those treated with ashwagandha had an average reduction in fasting blood sugar levels of 13.5 mg/dL, compared with 4.5 mg/dL in those who received a placebo.

What’s more, in a small study in 6 people with type 2 diabetes, supplementing with ashwagandha for 30 days lowered fasting blood sugar levels. However, the study didn’t include a control group, making the results questionable.

A compound in Ashwagandha root tea — helps induce apoptosis, which is the programmed death of cancer cells.

It also impedes the growth of new cancer cells in several ways.

First, withaferin is believed to promote the formation of reactive oxygen species (ROS) inside cancer cells, disrupting their function. Second, it may cause cancer cells to become less resistant to apoptosis.

Animal studies suggest that it may help treat several types of cancer, including breast, lung, colon, brain, and ovarian cancer.

In one study, mice with ovarian tumors treated with withaferin alone or in combination with an anti-cancer drug showed a 70–80% reduction in tumor growth. The treatment also prevented the spread of cancer to other organs.

Although no evidence suggests that ashwagandha exerts similar effects in humans, the current research is encouraging.

Ashwagandha root tea helps out with your cortisol numbers, cortisol is known as a stress hormone given that your adrenal glands release it in response to stress, as well as when your blood sugar levels get too low.

Unfortunately, in some cases, cortisol levels may become chronically elevated, which can lead to high blood sugar levels and increased fat storage in the abdomen.

Studies have shown that ashwagandha may help reduce cortisol levels.

In one study in chronically stressed adults, those who supplemented with ashwagandha had significantly greater reductions in cortisol, compared with the control group. Those taking the highest dose experienced a 30% reduction, on average.

5. May help reduce stress and anxiety

Ashwagandha root tea is perhaps best known for its ability to reduce stress.

Also, several controlled human studies have shown that it can reduce symptoms in people with stress and anxiety disorders.

In a 60-day study in 64 people with chronic stress, those in the group that supplemented with ashwagandha reported a 69% reduction in anxiety and insomnia, on average, compared with 11% in the placebo group.

In another 6-week study, 88% of people who took ashwagandha reported a reduction in anxiety, compared with 50% of those who took a placebo.

6. May reduce symptoms of depression

This is the number one reason I wrote this post! Ashwagandha root tea helps you out. Although it hasn’t been thoroughly studied, a few studies suggest ashwagandha may help alleviate depression.

In one controlled 60-day study in 64 stressed adults, those who took 600 mg of high-concentration ashwagandha extract per day reported a 79% reduction in severe depression, while the placebo group reported a 10% increase.

However, only one of the participants in this study had a history of depression. For this reason, the relevance of the results is unclear.

7. Can boost testosterone and increase fertility in men

Ashwagandha supplements may have powerful effects on testosterone levels and reproductive health.

In one study in 75 infertile men, the group treated with ashwagandha showed increased sperm count and motility.

What’s more, the treatment led to a significant increase in testosterone levels.

The researchers also reported that the group who took the herb had increased antioxidant levels in their blood.

In another study, men who received ashwagandha for stress experienced higher antioxidant levels and better sperm quality. After 3 months of treatment, 14% of the men’s partners had become pregnant.

8. May increase muscle mass and strength

Research has shown that ashwagandha may improve body composition and increase strength.

In a study to determine a safe and effective dosage for ashwagandha, healthy men who took 750–1,250 mg of pulverized ashwagandha root per day gained muscle strength after 30 days.

In another study, those who took ashwagandha had significantly greater gains in muscle strength and size. It also more than doubled their reductions in body fat percentage, compared with the placebo group..

Studies in humans have found that it increases the activity of natural killer cells, which are immune cells that fight infection and help you stay healthy.

It has also been shown to decrease markers of inflammation, such as C-reactive protein (CRP). This marker is linked to an increased risk of heart disease.

In one controlled study, the group who took 250 mg of standardized ashwagandha extract daily had a 36% decrease in CRP, on average, compared with a 6% decrease in the placebo group.

10. May lower cholesterol and triglycerides

In addition to its anti-inflammatory effects, ashwagandha may help improve heart health by reducing cholesterol and triglyceride levels.

studies have found that it significantly decreases levels of these blood fats.

While controlled human studies have reported less dramatic results, they have observed some impressive improvements in these markers.

In a 60-day study in chronically stressed adults, the group taking the highest dosage of standardized ashwagandha extract experienced a 17% decrease in LDL (bad) cholesterol and an 11% decrease in triglycerides, on average.

Ashwagandha may help reduce the risk of heart disease by decreasing cholesterol and triglyceride levels.

11. May improve brain function, including memory

Test-tube and animal studies suggest that ashwagandha may mitigate memory and brain function problems caused by injury or disease.

Research has shown that it promotes antioxidant activity that protects nerve cells from harmful free radicals.

In one study, rats with epilepsy that were treated with ashwagandha had nearly a complete reversal of spatial memory impairment. This was likely caused by a reduction in oxidative stress.

Although ashwagandha has traditionally been used to boost memory in Ayurvedic medicine, only a small amount of human research has been conducted in this area.

In one controlled study, healthy men who took 500 mg of standardized extract daily reported significant improvements in their reaction time and task performance, compared with men who received a placebo.

12. Is safe for most people and widely available

Ashwagandha is a safe supplement for most people, although its long-term effects are unknown.

However, certain individuals should not take it, including pregnant and breastfeeding women.

People with autoimmune diseases should also avoid ashwagandha unless authorized by a healthcare provider. This includes people with conditions like rheumatoid arthritis, lupus, Hashimoto’s thyroiditis, and type 1 diabetes.

Additionally, those on medication for thyroid disease should be careful when taking ashwagandha, as it may increase thyroid hormone levels in some people.

It may also decrease blood sugar and blood pressure levels, so medication dosages may need to be adjusted if you take them.

It can reduce anxiety and stress, help fight depression, boost fertility and testosterone in men, and even boost brain function.

Supplementing with ashwagandha may be an easy and effective way to improve your health and quality of life.

Links to go too.

So the one link from my site to another site is going to be for my brother’s website which is great for the coffee lovers in your life. Click here to go to the website. yes, it’s a coffee website, but it’s a good site too! It’s filled with a lot of things you might like too. If you go to the site and like something there. Tell Zak that I sent you.

And this next link is to my mom’s site about working at home. Yes, that’s what I am doing until I get to become a CNA. Click here to go to At Home Work Guru. And with Covid around this site is going viral and it’s a good site to look at to understand what you can do when at home.

And that’s it, but if you want to read something else from my site click here to learn about the best teas for a sore throat. Thank you for taking the time to read this and please let me know if you liked it and share this with friends and family.