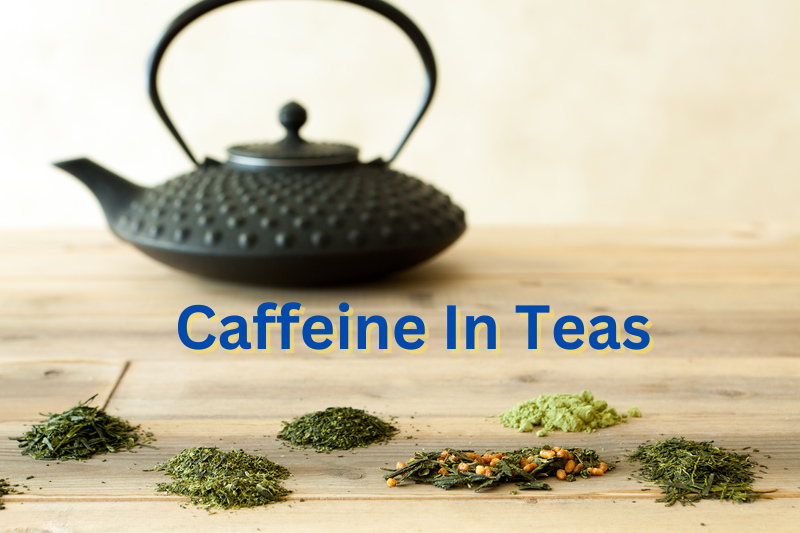 Caffeine In Teas, How Much Is Too Much?

This is a great question that almost everyone is wondering about these days. I have just a post with your answers.

Caffeine is found in many different foods and drinks, including tea. But what does Caffeine do? Find out more by reading about Caffeine In Teas!

Caffeine is a stimulant that can cause headaches, insomnia, anxiety, and other symptoms. It also has been linked to increased heart rate and blood pressure.

The Effects of Caffeine on the Body

Caffeine is one of the world’s most widely consumed psychoactive substances. It is present in coffee, tea, chocolate, cola beverages, and some medications. Although Caffeine is not considered an addictive substance, it can lead to dependence when used regularly.

Caffeine has been shown to improve sleep quality by increasing daytime alertness and reducing daytime drowsiness. However, too much Caffeine can cause insomnia.

Decaf tea contains less caffeine than regular tea, and some studies suggest that it is better at helping people fall asleep, and I have just the tea for you to try before bed tonight. Check it out below.

Caffeine is one of the most commonly used stimulants in sports. It helps athletes perform better by improving endurance, muscle strength, and reaction times.

Athletes who consume Caffeine before exercise tend to feel more energetic and less tired than those who don’t. And being in karate myself, I tend to have a cup of coffee or even black tea before class to boost my energy for class.

The American College of Sports Medicine recommends limiting caffeine intake to 200 milligrams per day (about two cups of coffee) for athletes who want to avoid adverse side effects. However, some studies suggest that Caffeine can improve athletic performance.

In one study, researchers found that caffeine improved endurance performance in cyclists. Another study showed that Caffeine improved running speed and distance covered during a 10-kilometer race.

Yes, we are talking about the side effects of too much Caffeine. I mean, it’s good in specific amounts, but don’t drink many drinks with Caffeine, and here’s why.

Caffeine has been linked with several potential health risks, including headaches, insomnia, anxiety, and cancer.

However, there isn’t enough evidence to say whether these effects are caused by Caffeine or other substances in coffee or tea.

That’s equivalent to two cups of coffee, one cup of tea, or four ounces of regular soda.

If I don’t want to have coffee first thing in the morning, I tend to sip on black tea like chai tea. But if you want something that doesn’t give you the caffeine rush, try a mint or chamomile tea.

If you are now thinking of trying a tea that helps you wake up or wind down, then keep an eye out for new posts from me on teas.

How Much Caffeine in Green Tea.

These are being written as I am writing this post. But let me know what you think of this post. I would love to hear from you. Leave a comment below on what tea you like best for that energy boost!

More things to check out.

So, we were talking about Caffeine in teas, so that’s what made me think; I think you would want a video explaining why tea might be better than coffee. Check that out below.

Now, since it’s fall soon, I thought about what to make for Thanksgiving, and then my mom told me about this recipe that I think I want to make this year. Check it out here.

I hope you enjoyed reading Caffeine In Teas. Again I will have new posts very soon. Stop by the tea jubilee site to check those out.
Have a great day!