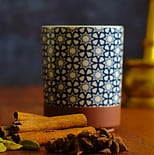 Welcome back to Tea Jubilee!

I am oh so happy to hear from you 🙂 The feedback has been such a blessing to me. Not only am I grateful for the people who have given me their feedback but, I love how much you guys are enjoying this series! If your new to this website then you should know that this is 15 part series on Best Teas for a sore throat. Go to this link to find out more.

And now, Enjoy reading about the 4th tea in the series of Best teas for a sore throat.

So many don’t know about this but that it’s good for cooking but, what about making this into a tea? Never heard of this?

Anise, also called aniseed or Pimpinella anisum, is a plant that hails from the same family as carrots, celery, and parsley.

It can grow up to 3 feet (1 meter) tall and produces flowers and a small white fruit known as anise seed.

Anise has a distinct, licorice-like taste and is often used to add flavor to desserts and drinks.

It’s also known for its powerful health-promoting properties and acts as a natural remedy for a wide variety of ailments.

Here are 7 benefits and uses of anise seed.

Here is the first benefit for Star anise tea benefits.

Though anise seed is used in relatively small amounts, it packs a good amount of several important micronutrients into each serving.

In particular, anise seed is rich in iron, which is vital for the production of healthy blood cells in your body.

It also contains a small amount of manganese, a key mineral that acts as an antioxidant and is necessary for metabolism and development.

However, keep in mind that most recipes will likely call for less than a tablespoon.

2. May Reduce Symptoms of Depression

Depression is a common yet debilitating condition that affects up to 25% of women and 12% of men around the world.

Interestingly, some research has found that anise seed may help treat depression.

One study showed that anise seed extract exhibited powerful antidepressant properties in mice and was as effective as a common prescription medication used to treat depression.

3. Could Protect Against Stomach Ulcers

Stomach ulcers, also called gastric ulcers, are a painful sore that forms in the lining of your stomach, causing symptoms like indigestion, nausea, and a burning sensation in your chest.

Though traditional treatment typically involves the use of medications to decrease the production of stomach acid, preliminary research suggests that anise seed could help prevent stomach ulcers and reduce symptoms.

However, research on anise seed’s effects on stomach ulcers is still very limited.

Additional studies are needed to understand how it may impact ulcer formation and symptoms in humans.

4. Prevents the Growth of Fungi and Bacteria

Test-tube studies show that anise seed and its compounds possess potent antimicrobial properties that prevent infections and block the growth of fungi and bacteria.

One test-tube study demonstrated that anise seed and anise essential oil were especially effective against certain strains of fungi, including yeasts and dermatophytes, a type of fungus that can cause skin disease (9Trusted Source).

In one test-tube study, anethole blocked the growth of a specific strain of bacteria that causes cholera, an infection characterized by severe diarrhea and dehydration.

However, further research is needed to examine how anise seed may affect the growth of fungi and bacteria in humans.

Menopause is the natural decline in women’s reproductive hormones during aging, resulting in symptoms like hot flashes, fatigue, and dry skin.

Anise seed is thought to mimic the effects of estrogen in your body, potentially reducing symptoms of menopause.

In one four-week study, 72 women with hot flashes took either a placebo or a capsule containing 330 mg of anise seed three times daily. Those taking anise experienced a nearly 75% reduction in severity and frequency of hot flashes.

Some of the compounds in anise seed may also help prevent bone loss, one of the hallmark symptoms of menopause that occurs as a result of declining estrogen levels in your body.

One study found that an essential oil comprised of 81% anethole, the active ingredient in anise, helped prevent bone loss and protect against osteoporosis in rats (14).

Despite these promising results, more research is needed to determine how anise seed itself may affect menopause symptoms in women.

Some research indicates that anethole, the active ingredient in anise seed, may keep blood sugar levels in check when paired with a healthy diet.

Keep in mind that these studies are using a concentrated dose of anethole — much higher than what is found in a typical serving of anise seed.

More studies are needed to evaluate how anise seed may affect blood sugar levels in humans.

In many cases, inflammation is considered a normal response by your immune system to protect against injuries and infection.

However, high levels of long-term inflammation are linked to chronic conditions, such as heart disease, cancer, and diabetes.

For example, one study in mice showed that anise seed oil reduced swelling and pain.

Other research indicates that anise seed is high in antioxidants, which can reduce inflammation and prevent disease-causing oxidative damage.

Most people can safely consume anise without the risk of adverse side effects.

However, it could trigger an allergic reaction, especially if you’re allergic to plants in the same family — such as fennel, celery, parsley, or dill.

If you have a history of these conditions, keep intake in moderation, and talk to your doctor if you have any concerns.

Though typically purchased as dried seeds, anise is available in oil, powder, and extract form as well.

Anise seed, oil, and extract can all bring a burst of flavor to baked goods and candies or enhance the aroma of soaps and skin creams.

Keep in mind that each form contains varying concentrations of anise, so it’s important to modify your recipe depending on what form you’re using.

For example, if a recipe requires 1 teaspoon (5 ml) of anise extract, you can swap in 1/4 teaspoon (1 ml) of anise oil or 2 teaspoons (8 grams) of ground anise seed.

For medicinal use, anise doses ranging from 600 mg to 9 grams daily have been proven effective in the treatment of conditions like depression.

Doses of up to 20 grams per day of anise seed powder are considered safe for healthy adults (6Trusted Source).

Anise seed is a powerful plant that is rich in many nutrients and boasts a wide array of health benefits.

It has anti-fungal, antibacterial, and anti-inflammatory properties and may fight stomach ulcers, keep blood sugar levels in check and reduce symptoms of depression and menopause.

Combined with a nutritious diet and healthy lifestyle, anise seed could improve several aspects of your health.

Now, I know you’re wanting to make this so, here is the recipe.

Green tea steeped with cinnamon and star anise makes a comforting drink for cold nights. You’ll be crazy for this flavorful mix all winter long.

Steps to Make It

And that’s it! Yes I know I was happy to know there is a recipe too. But I have something to say before you go off to try this one out 🙂

So I have 2 links now! yes, there are two links here and I want you to check them out as you sip on your cup of Star Anise tea Benefits! So here is what they are.

Link 1: This is to a site that is such a great site that I go on as I enjoy my cup of tea in the morning. Here is the link

Link 2: This next be is for the coffee lovers in your life, click here for the link.

Whoopie! You did it! did you learn something? Did you like this tea/ if so please let me know and if you’re on Facebook So am I! Like our tea page on Facebook. @Tea Jubilee. I look forward to connecting with you and let me know your questions as well.

Have a great tea filled day!